The separation of two components by distillation is taking place. As shown in the flow sheet, both components are first separated in the distillation column and then sent back to the feed section. Having this process configuration, where first the components are separated and subsequently mixed, is simply due to the main purpose of this pilot plant, which is purely for training and learning.
This distillation unit of the pilot plant consists of four vessels, three heat exchangers, an evaporator, four pumps, pipeline, several valves and controllers.

The objective of this project was to create a dynamic model of the distillation process with an accuracy of ±5% which would be later connected to the Emerson DeltaV DCS. 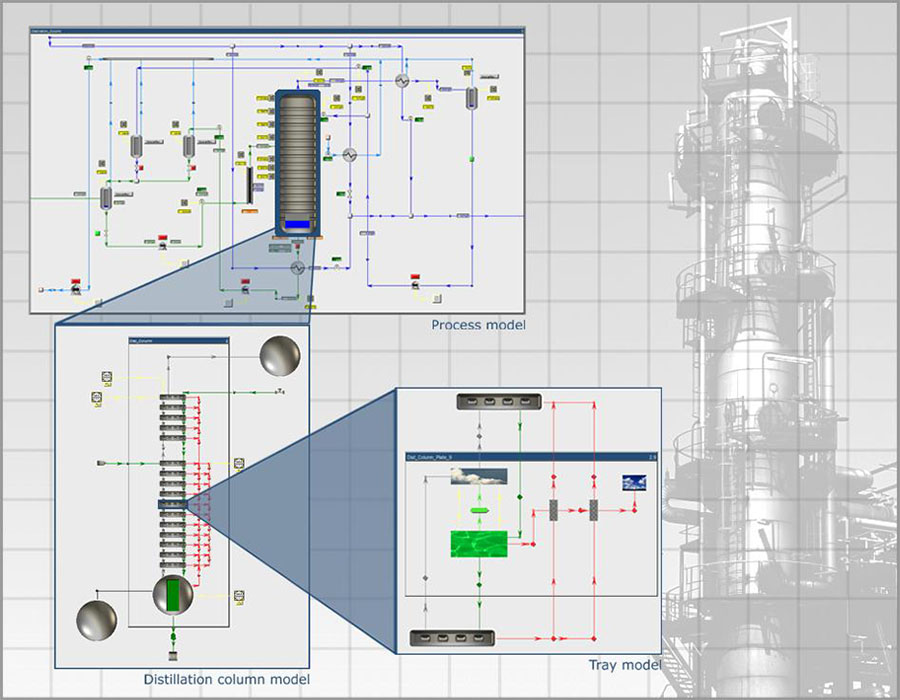